It is hard to miss the Bright Red Hillbilly Deluxe Buggy owned by Justin Tune. He hammers on this buggy like a man on a mission. On this day we were at one of the most iconic parks in the country. The group had hit a few trails at Gray Rock ORV park in Mt. Olive, Alabama before we all decided to head over to the infamous Bunny Slope 3. Don’t let its name deceive you, this is by far the most difficult trail at the park. It is an all or nothing climb with few drivers making it out the top. Justin pulled up to the massive wall that is the obstacle and let the LS motor rip. After a few attempts he found himself and the buggy sitting sideways on the verge of rolling over. He gassed it one more time to save it but over she went. It was sad to see Justin Tunes Hillbilly Deluxe buggy rollover puncturing a fuel line and catching on fire. Both Justin and his passenger got out of the buggy in time but the fire couldn’t be stopped until the Fire department arrived. 10 Fire Extinguishers were no match for the gasoline fueled flames as the electrical system melted back together turning the fuel pump back on creating high flames. The whistling you hear in the video is the nitrogen coming out of the shock. The Hillbilly Deluxe buggy was rebuilt thanks to some fellow rock bouncers and still wheels to this day with its new owner.

For more Viral Videos head over to the Busted Knuckle Video Youtube Channel.

Mega Trucks Catch on Fire sometimes too. This time the Transmission was the Culprit. 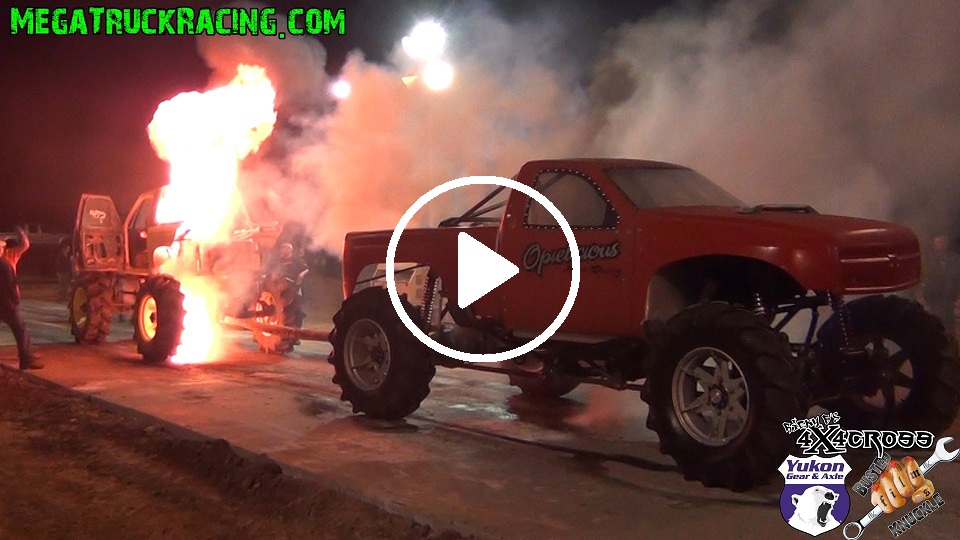