On this episode of Knucklehead Garage it’s time to take the Busted Knuckle Bronco Build for it’s first adventure. That’s right the Knucklehead Garage Bronco is finally going to get to stretch it’s legs. It is all happening out in the California Desert during the annual King of the Hammers event. 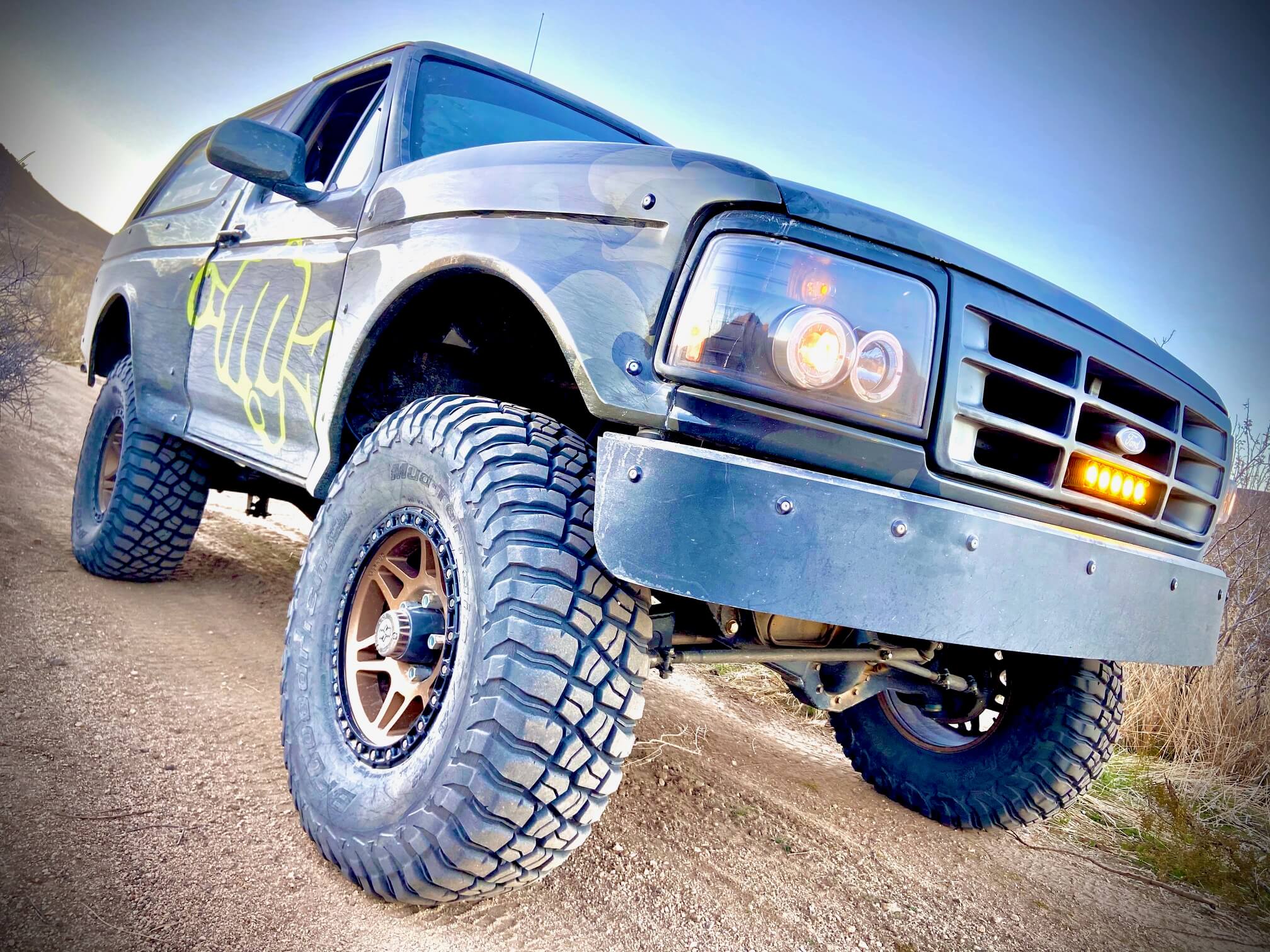 This 95 Ford Bronco Prerunner build has come a long way. We started with a bone stock 1995 Ford Bronco. The first thing we did with it was a Full Desolate Motorsports Bronco 6″ wider suspension. Dampening duty is handled by Radflo Coilovers up front and triple bypass shocks in the rear. Then we grafted on some Fiberglass fenders for clearance. We also added a custom 9″ rear axle and stuffed both with Yukon gears and lockers. Traction is handled by some 37″ BFG KM3s wrapped around Method Wheels.

We also bolted in some new Tom Woods driveshafts to get the power to the ground. This pony gets it’s whoa from a set of powerstop brakes. Then we added some Fiveology racing goodies under the hood. This helped make sure it could gallop across the desert with the rest of the herd. Finally a custom GCI Digital wrap finished off the look of our Busted Knuckle Bronco prerunner build. 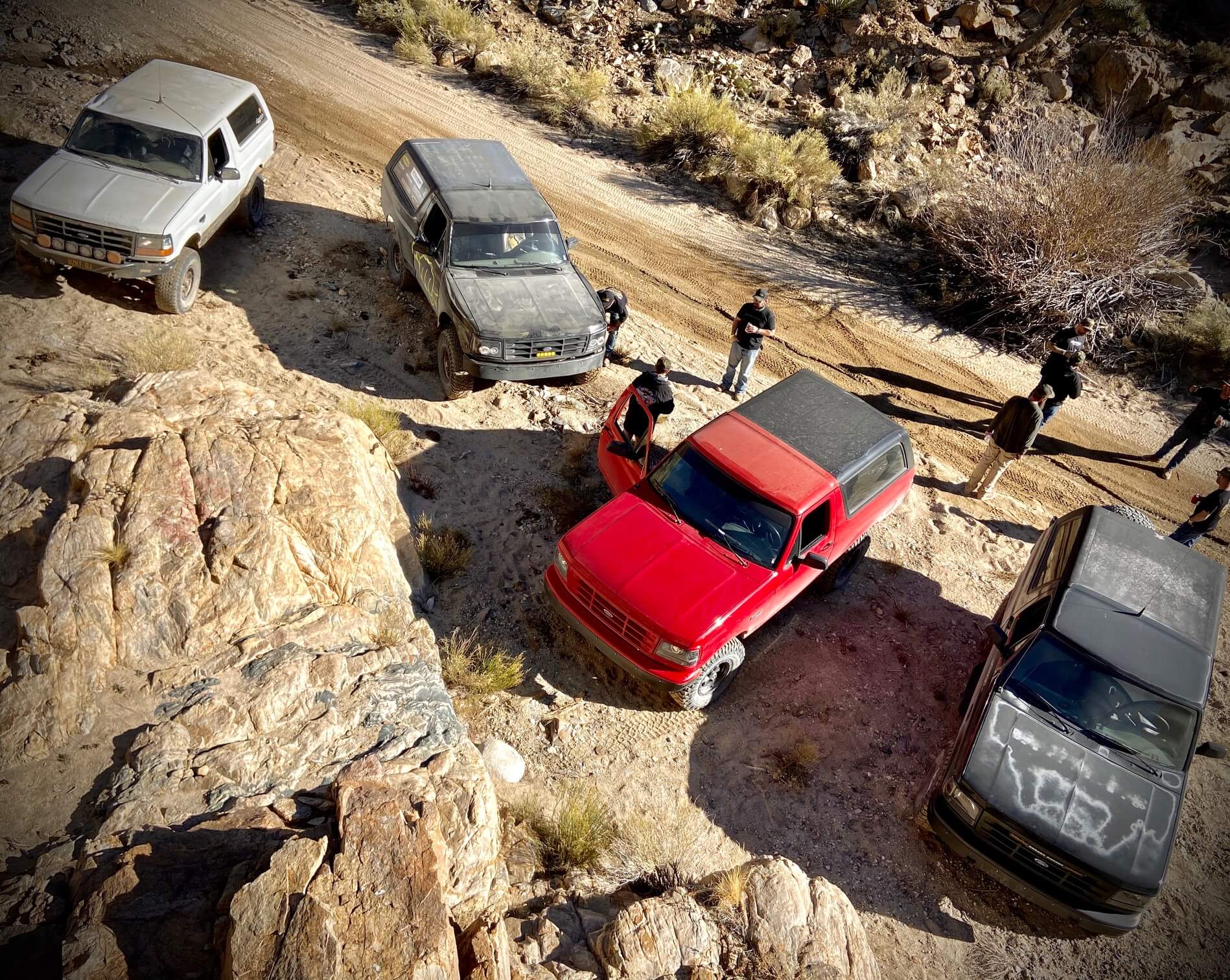 Since the Desolate Motorsports Full size Bronco was built in just 6 hours at King of the Hammers. It gave us plenty of time to take all the broncos out on a run the next day. We started in Hammertown and hit the whoop sections next to the main trail before hitting blacktop down to the pits.

Then we hit the long gravely road to check out the Trophy Truck race. We found a great overlook where the trucks could be seen coming by multiple times on the same lap. Once we saw a few of them come by us we headed to Rattlesnake Canyon.

This canyon is a wash that starts out across the street from the main Hammertown entrance and winds it’s way all the way to a ghost town that is used in moves.

At the edge of this old western town is a Bar with some delicious steaks. They also have some of the best cheese fries we have ever had. Now if that sounds like you kind of adventure be sure to stay tuned. We might lead a ride next KOH to this very spot. Let us know what you think of how the bronco performed in the comments!