We have all seen the tough truck competitions that take place during the break at Monster Truck shows. But the Crowd had no idea what they were about to see when a group of Rock Bouncers shows up to steal the show at the Monster X event in Augusta, Georgia. The Rock Bouncers showed up Friday Night for the Tough Truck Competition. These Rock Rods threw down some fast and wild runs on the Monster Truck Course in James Brown Arena. The crowd went wild for these Insane Vehicles. Jake Burkey even rolled his Riot Buggy into the stands and attempted to right it while still hard on the gas. They immediately stopped the show and told the rock bouncers not to come back. Shortly after seeing the response from the crowd they were all allowed back for the Saturday Night Tough Truck Show (all except Jake). Lawrence Collins took home the win with the fastest time in his Sucker Punch Buggy. Will Rock Bouncing be the next big sport to move indoors? Stay Tuned!

There were a few Mud Trucks that came out to show out too!

Check out the Busted Knuckle Video Youtube Channel for More! 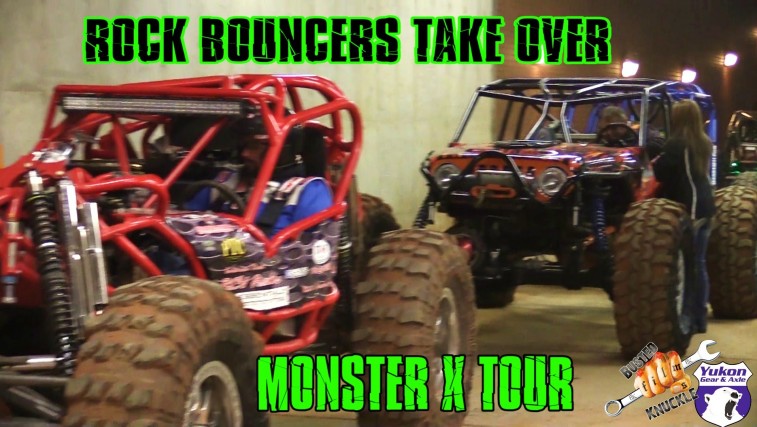