Pratt & Miller and Motus Motorcycles have teamed up to bring you the ultimate RZR engine swap. They have built a 180 Horsepower 1650cc V4 crate engine for your Polaris RZR XP1000 UTV called the MV4r. They just completed the swap in their own XP 1000 and it turned out sick. The V4 RZR engine swap kit will feature its own cradle to mount the engine in the stock location, An ECM to run it that plugs and plays with all of the factory Polaris RZR electronics, and an aftermarket clutch to handle the new found power. This means you can sell your stock engine and clutch to recoup some of the cost of the swap and gain 70 Horsepower over a stock Polaris RZR XP1000.

Motus carried the new XP1650 to Stoney Lonesome OHV park near Birmingham, Alabama and gave it its first beat down in the dirt. The first thing you notice when it cranks is the V4 engine Note. There is no doubt that this is not the stock engine. The motor is basically half of an LS motor. Making it simple, reliable, and plenty of potential for power adders and tuning in the future. They even have a Supercharged prototype on a motorcycle that makes 220 horsepower with only 8-10llbs of boost and no intercooler. So the opportunities are endless. Brit Mansell a Professional UTV Racer was the first behind the wheel carving through the turns of the Short Course Track. It took a few laps for him to get comfortable with the added power and then it was wide open. That added power was hard to control in 2WD so he switched it into 4WD and started making some really fast laps. The Launch from a stand still will almost pull the front tires off the ground in loose dirt. He said the power is unlike any UTV he has ever driven. Check out the video we put together for the guys at Motus and stay tuned for more as we head to Glamis for some testing in the Dunes.

For more Information Check Out the Motus American V4 Website.

Here is the Dyno Sheet for the American MV4 & MV4r engines. 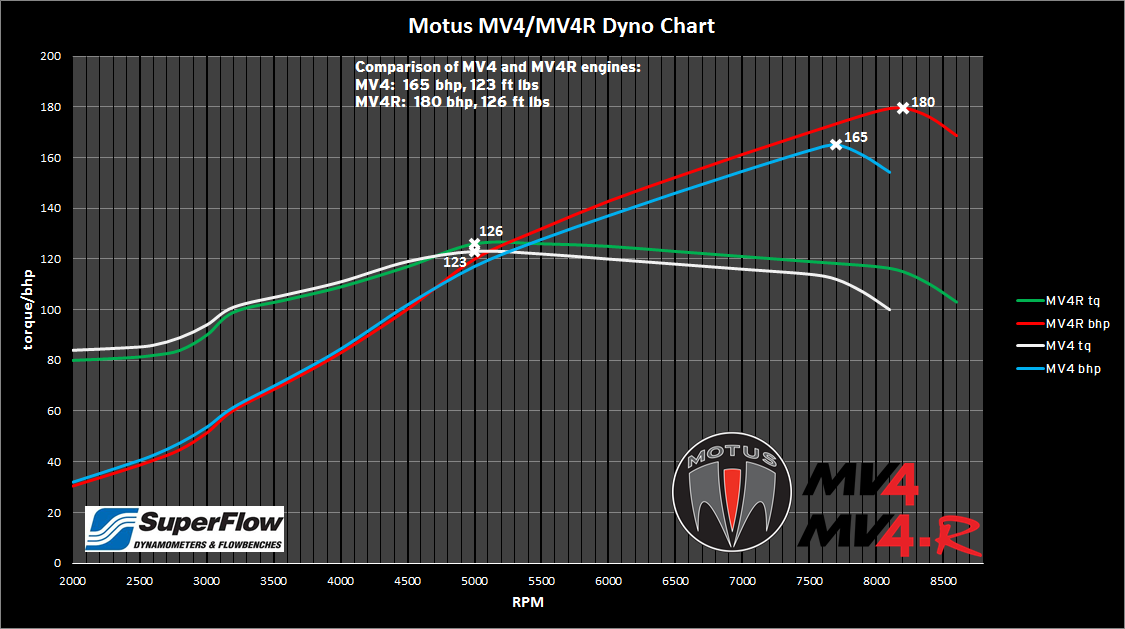