On this episode of Rock Rods we head to Hawk Pride Mountain Offroad Park in Tuscumbia, Alabama for Race 1 of the 2016 American Rock Crawling Series where a record 70 drivers showed up to do some hill killing. The show started with the ladies taking a shot at the hill. Breanna Molitor had a fast run in her Avenger Buggy but it was no match for the blazing run of Caitlin Spegal in Showstopper 2.0 as she blasted out the top of the hill taking the win in the powderpuff race. Next up was the guys and they were ready to go all out. Slade Martin was first up and made a fast run in his new buggy. Next up was Clayton Hollingsworth in his Four Wheel Drive Rail buggy. He made a good pass at the hill but just didn’t have the horsepower to make a fast time. Jarred Englebach was next and made a good clean run in his buggy. Roger King then let the twin turbos loose in his LS powered single seater buggy sailing out the top of the hill. Wes Kean got wild on his run nailing a tree and busting his steering ram. Shawn Cross was next in his Mean Bean Pinto rock bouncing machine but it just didn’t have the wheel speed to make the climb. Abe Talon had the crash of the day as he got sideways and barrel rolled all the way down the hill ending his run to the thrill of the crowd. Ethan Spegal made a fast run in the Ridgerunner buggy that was good enough for 2nd place. While his Dad Jason Spegal took the win with a fast run that ended with his Showstopper 2.0 buggy rolling through the finish line on its lid. This was the first race for Tim Cameron and his new Money Maker IFS rock bouncer and everyone was excited to watch it work. Well it didn’t go quite as planned as he ripped the front wheel and tire off just before the finish line. Mike Kirby had a good crash as he rolled over at the top of the hill with his Rockaholic Buggy. Brandon Davis wound up in 3rd in Showtime 2.0 and Bubba Bacon rounded out 4th. We had a great time watching a record number of drivers hill killing at Hawk Pride and can’t wait to head to the next race. For more hill killing videos check out the Busted Knuckle Youtube Channel.


Check out Rock Rods Episode 6 as we head to King Knob to do some Hill Killing. 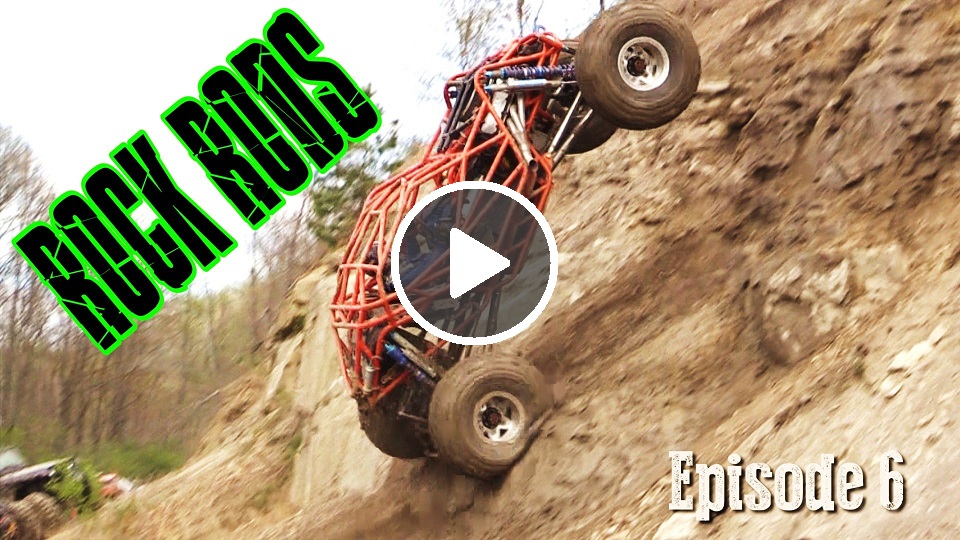