Tim Cameron throws down one insane pass on the race course at Gorilla Run. Gorilla run took place at Hot Springs Offroad Park in Arkansas. The event pitted some of the best rock bouncer drivers in the Country against a brutal boulder filled course. Tim Cameron put his LSX 454 powered Showtime Buggy through a brutal beatdown in order to make it out the top.

The course was a long one. It started with a full throttle run up to the first rock section. It featured massive volkswagon sized rocks. These rocks took out more than their fair share of parts throughout the day. Once you were through the first rock section there was a loose rocky climb. The final obstacle was a rock face with a few notches out in it. This made for a lot of high centered buggies but proved to be possible to climb.

Tim Cameron got his start blipping his throttle all the way through the lower section. He almost rolled it into the first turn. Tim saved it and carried on through the first rock section and up the loose climb. The party started when Tim got to the final rock section. That is when we got to hear that LSX454 come to life. The rain slicked muddy hill left little traction to be had as he hit the rev limiter time and time again. On one attempt he backed up and hit the ledge hard throwing the front end of the buggy up into the air on onto its side. He back up and with One quick blip of the rear steer shot over to the right and out the top of the course.

Check out more Tim Cameron videos by subscribing to the Busted Knuckle Youtube Channel. Also check out the video below to see a RZR buggy that was built to look like his world famous Showtime Buggy. 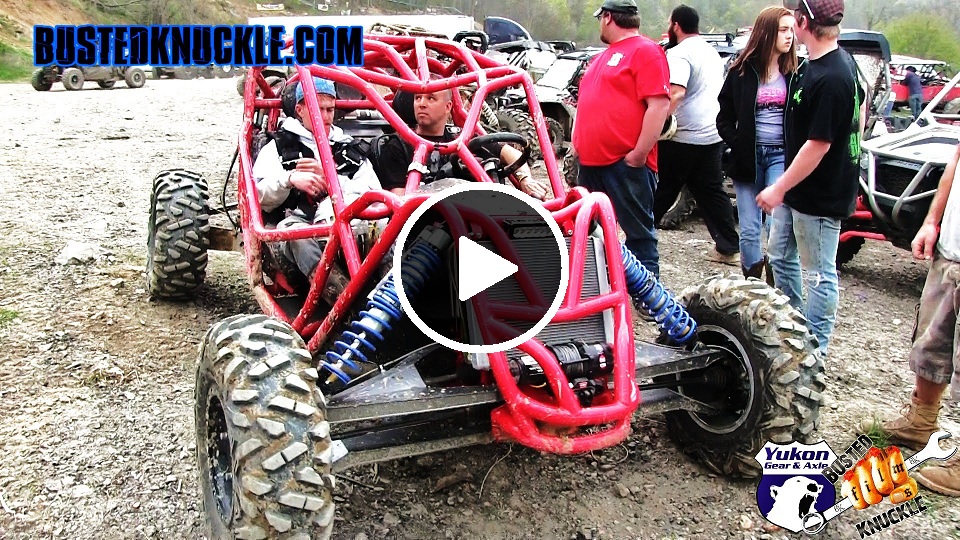