Welcome to our new series Gearhead Bucket List. On this show we will be taking you to some of the best motorsports events all over the Country to show you why they should be on every gearhead’s bucket list. This time we are taking you to the 2016 Monster Jam World Finals 17 in Las Vegas, Nevada. Monster Jam World Finals is the Super Bowl of Monster Truck racing and freestyle. The three day event takes place just outside of Vegas at Sam Boyd Stadium. It all starts on Thursday where the pit party opens up for thousands of fans. This time there were over 100 monster trucks from all over the country on display with drivers and team signing autographs and taking pictures with fans. The pit party takes up a huge area and also includes a motorsports show area where we saw everything from Freestyle Motocross to a Jet Powered Smart Car that kept the fans entertained in between driver signings. Monster Jam even has a few ride trucks setup so you can go for a ride in a real monster truck. While you may think that it looks lame it was one of our favorite parts of the pit party. The Pit Part closes each day with a massive parade lap of the monster trucks that are set to race that night. Thursday Night is race qualifying for the drivers that have earned their spot in the finals. A select number of young gun drivers also battle it out for one final spot in the big show. This leads to some intense head to head racing action that ended with Team Dragon getting the Young Gun ticket into the big show. Friday it all starts over again with tons of activities happening out in the pit party that leads to the Friday Night racing where a world champ is crown. Episode 1 covers all the racing action and pit party. Enjoy. 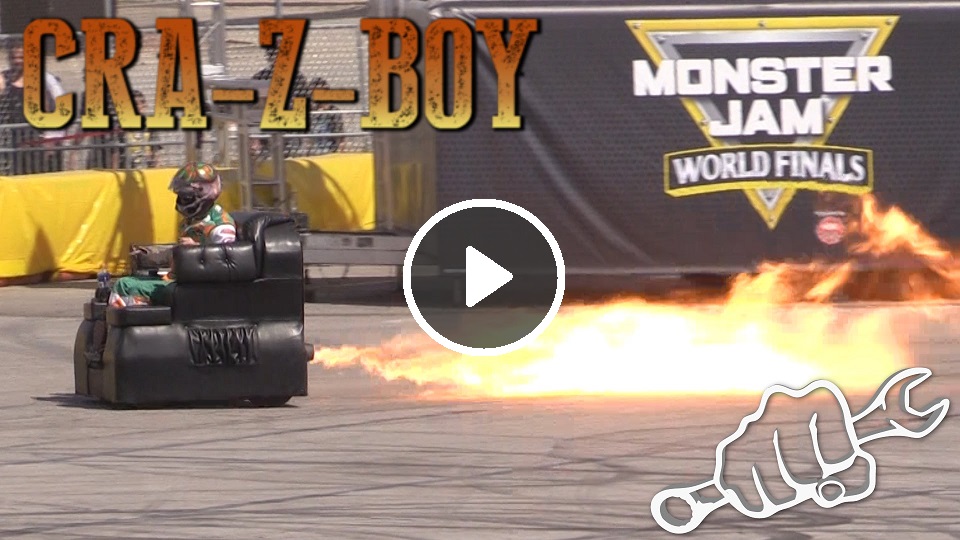