On this episode of Rock Rods we head to Rush Off Road Park in Rush, Kentucky for a Rock Bouncer Hill Climb Competition. Rush has over 100 miles of trails spread out over 7000 beautiful acres making them one of the biggest off road parks in the country. The purse for this event is $5000. That money goes to driver with the fastest time up the first hill. There is also a Bonus Hill. If the driver climbs the bonus hill it will save 3 seconds off of their time. The first course consisted of a long hill climb with two steep sections towards the top. These ledges allowed for some awesome air as well as some broken parts when drivers landed hard on the gas. Over 20 of the baddest Rock Rods in the Country showed up to stake their claim on the $5000.00 including big names like Tim Cameron, Bobby Tanner, and Richie Keith. After hours of fierce competition only a handful of rigs were left unbroken with good enough times to want to attempt the bonus hill. Tim Cameron was first up and after multiple attempts he broke one of his rear trailing arms ending his run. Next up was Shawn Tolson he hammered down on his Phat N Rowdy Bouncer and lunched up the Bonus Hill with ease. Ethan Spegal followed up by nailing the hill with his Turbocharged 383 stroker motor screaming but couldn’t find the traction to conquer the climb. Next up was Bobby Tanner. He made multiple attempts in his Screaming Blue Buggy breaking the passenger side rear axle. He didn’t give up eventually climbing the hill with only three tires pulling! AJ Rockwell killed the Bonus Hillfirst try in the 1100 Horsepower UltraBouncer. His Daughter Sydney also made it look easy in her UnderRated Buggy. When all the dust cleared Sydney Rockwell had beaten her Dad for the win by less than a second with Bobby Tanner coming in 3rd. That’s all for this episode. Tune in Next Time as we head to Windrock Park for one of the Baddest Bounty Hill Climbs we have ever seen. 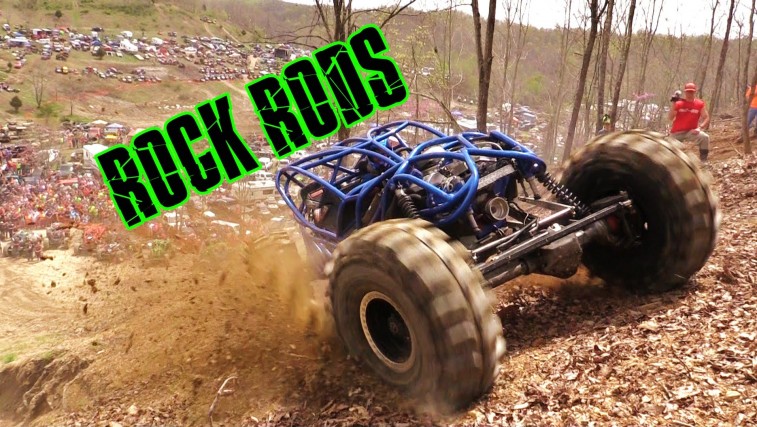