Mini Showtime is a custom built Polaris RZR XP 1000 Rock Bouncer Buggy built to look like Tim Cameron’s world famous Showtime Buggy. If features a fully custom two seater 4340 chromoly tube chassis and about every high dollar part you can throw at a RZR. The motor was bored out to 1180 cc and swapped to a rage 6 aftermarket clutch. The mini buggy was outfitted with a custom chromoly long travel suspension featuring internal bypass coilovers. The full RZR buggy ready to ride weighs in at just over 1360 lbs. Mini Showtime is a hill killing machine thanks to it’s lightweight design and plethora of premium aftermarket parks. It was built by Essentially Off Road in Murfreesboro, Tennessee for Michael Farnsworth who actually owns the Full Size Showtime now as well. Watch Mini Showtime do work at King Knob Off Road Park in the video above. 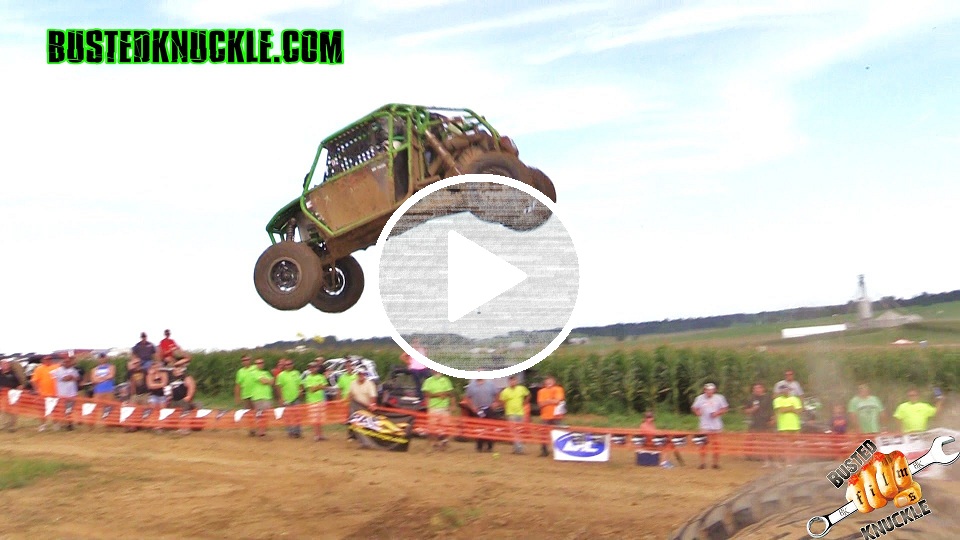