We have all been to motorsports events and watched people pushing their vehicles to the limit. You cannot wait to get back to your vehicle and show off like the guys at the event. All of that octane and excitement can get you in a bit of trouble like it did for the driver of the Dodge Truck in the video above.

We were all at King Knob for an off road event. We had been watching people climb hills in UTVs and rock bouncers most of the afternoon. There were a couple of guys there that brought their daily driver pickup trucks out to the hill to watch. Well they decided they wanted to be part of the action. Some trash talk between a Chevy and Dodge Truck driver and some encouragment from Tripp Pullen is all it took.

The driver of the Dodge truck decided to give the hill a go. This truck was mostly stock. He hit the hill with some speed and just when you thought he wasn’t going to make it. He drove out the top. On his second run the truck came out of 4wd forcing him to back down and try again. Still only one rear tire pulling. He backed up a few more times and decided to hit it with everything it had. He launched the yellow Ram into the air and when it landed the 4wd was working again as he drove out the top.

If you thought that was fun to watch. You need to see the Chevy that hit the same hill. Talk about one heck of a Beatdown. Check out the video below. For more beatdowns head over and subscribe to the Busted Knuckle Video Youtube Channel. We post a new video every single day. 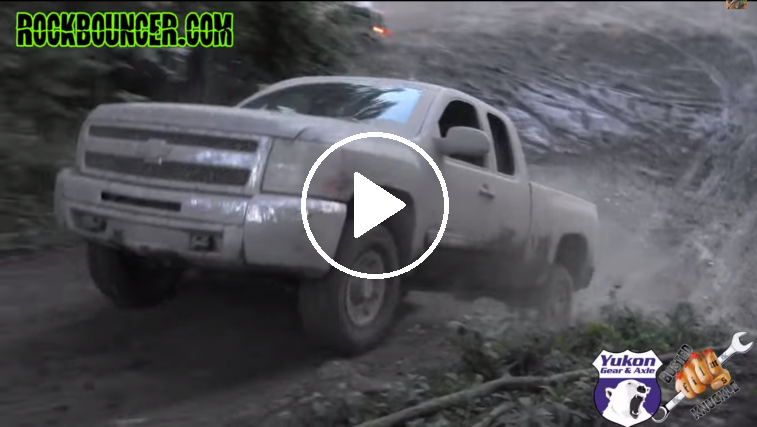