When it comes to Sand Drag Racing it takes a ton of Horsepower to get a vehicle down the track fast. Hunter Brook’s “Black Truck” is built to do just that. It features a 565 cubic inch Chevy big block stuffed into a full tube chassis making 1150 Horsepower thanks to a 250 Horsepower shot of nitrous. A trans braked Turbo 400 transmission with air shifter delivers the power to the rear 4-linked Dana 60 that turns 33x18x15 super scooper paddles. The Black Truck weighs in at a mere 2600 lbs which helps get it down the track in under 4 seconds. His good friend Thomas Carneal helped him build this Sick K10. It got its name from the fans at the track thanks to its flat black chevy cab and bed sides. These two guys built the truck together from just a bare tube chassis bought used from a friend that had been running it for years with a dodge body and 4 wheel drive. Now the truck is 2 wheel drive with 2 seats running 3.80 seconds with a passenger and 3.72 seconds with just the driver. Not bad for a home built truck. The truck has won several times at Newtown Dragway and once in Elizabeth City, NC and is a crowd favorite everywhere it goes. 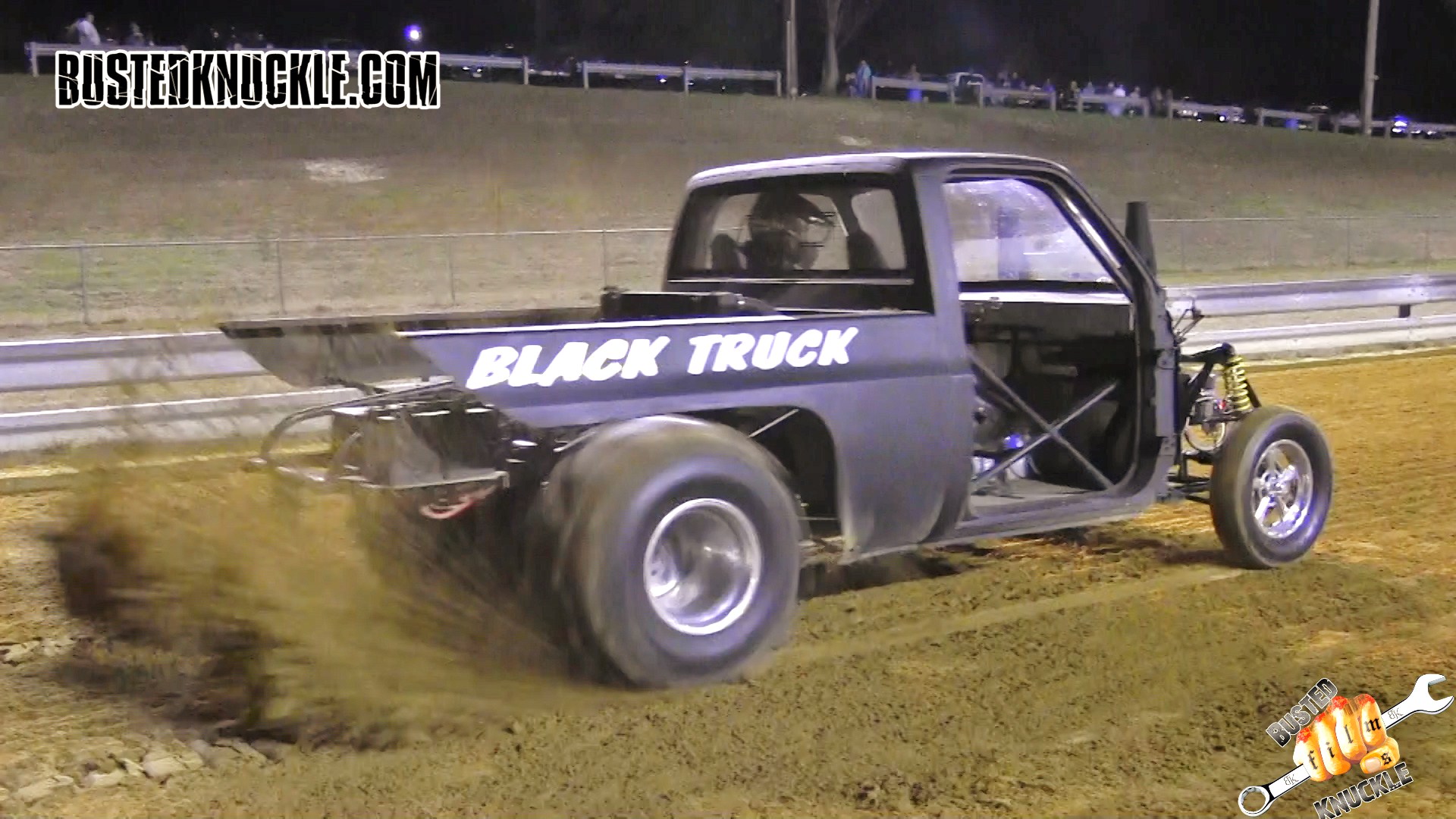