You don’t see many diesel mega trucks in the mud racing world. When it came time to build a new mega truck the crew over at Mud Truck Madness decided they wanted something different. They decided to go with a Twin Turbo Duramax powered crew cab chevy as their platform. The engine is an 2006 LBZ with carillo rods, Mahle pistons, Socal diesel stage 2 CNC ported heads, Socal billet cam, dual cp3 injection pumps, 100% over Exergy injectors, Pusher Intakes Custom compound turbo system S480/4094, custom water to air inter-cooler system. Completely built and tuned by Pela Motorsports. Chop Fab built a full custom tube chassis featuring a double triangulated 4-link coilover suspension that controls the movement of the F-106 axles and grooved v-treads on custom wheels. This is the first crew cab mega truck we have ever seen. The Twin Turbo Duramax Diesel powered Mega Truck was born and made it’s muddy debut during the Mega Truck Series All Star Race at Mud Truck Madness in Louisiana. They call it Maxxed Out. It was rolling heaps of coal and ripping up the muddy track. The best thing about running a diesel engine especially a Twin Turbo Duramax is that you can make big horsepower and gobs of torque that is reliable. Torque is super important in the mud especially with the heavy duty drive trains these motors are having to turn. When the blower motor guys are having issues you can crank up your diesel and make pass after pass while being competitive. These diesel engines are a fraction of the cost of the blown big block engines in many of the top mega mud trucks. The best part is the fans dig the big clouds of black smoke!

In this video the truck was running at around 800hp but is capable of making 1200. 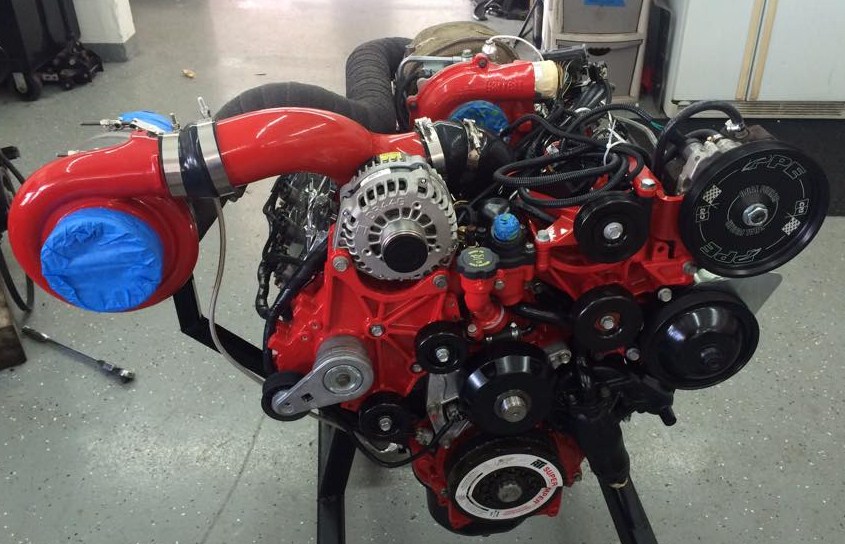 Tallest Truck in the World