Riot Buggy goes for a Wild Ride on Cable Hill

We have been filming rock bouncers hitting Cable Hill at Gray Rock ORV for a long time. We have seen a ton of wild runs up this legendary trail. Jake Burkey’s run in the Riot Buggy Rock Bouncer during the Southern Rock Racing Series Season Opener has to be one of the most insane runs we have ever seen. The SRRS crew had a water hose running all day long on the hill to make things a bit more interesting. Drivers were having to make wide open assaults bouncing off the rev limiter to make it to the top. Jake’s run in the Riot Buggy was no different. Once they said go he hit the hill hard bouncing off the rev limiter as he bounced his way up the hill. As his forward progress began to slow he turned his tires toward the left bank still hard on the gas. Well he turned too hard as his left front tire grabbed traction and drove up the bank. This shot the riot buggy up into the air and back down the trail with Jake still hard on the gas. The buggy lands hard on all four tires and it looks like he will drive away but upon impact the front knuckle breaks removing the right front tire and wheel from the vehicle resulting in and end over roll leaving the buggy on its lid back at the bottom of the hill. Jake climbs out with both hands in the air as the crowd went wild. The post crash interview was awesome. This Cable Hill Crash will go down in history as one of the best.

Check out all of the Runs on Cable Hill in this Episode of Rock Rods. 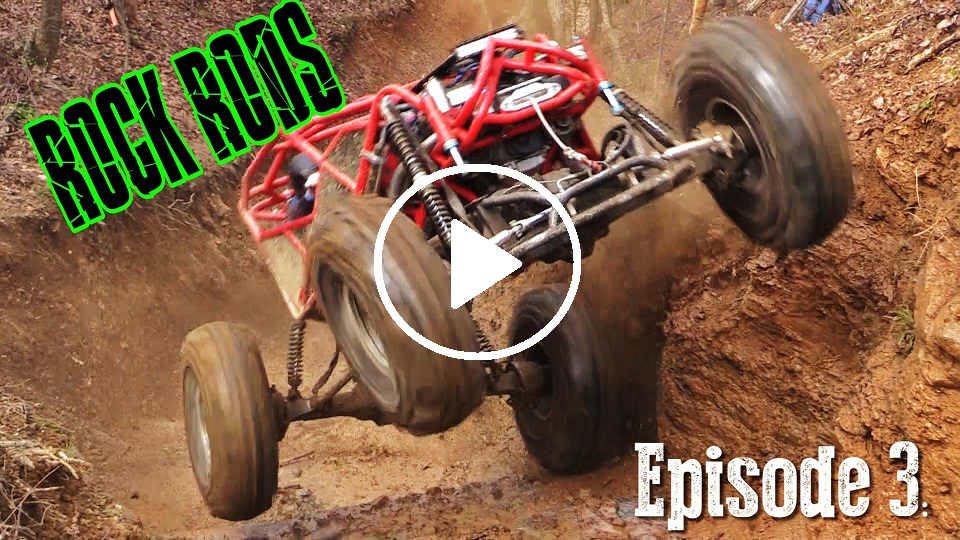